On the 8th April, 1976, Mr.Choochart Kalmapijit established Maesa Elephant Camp.  At that time, the Thai government was anxious to develop Chiangmai Province for tourism.  Initially, a 30 rai (12 acres) area was leased, and 6 elephants were rented from the local Karen hill-tribe people. The camp later became very successful with the introduction of elephant riding, and an elephant show, which included elephants performing tricks.  Eventually, Maesa Elephant Camp expanded to include the Maesa Elephant Nursery and the Thai Elephant Care Center.  At present, there are a total of 78 elephants in the care of Maesa Elephant Camp. 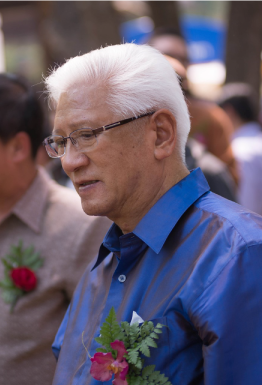 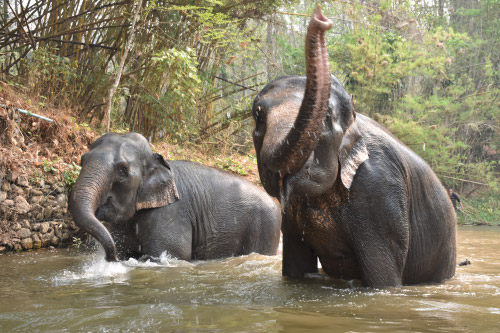 On March 23rd2020, the Thai Government ordered that all non-essential businesses be closed due to the Covid-19 virus pandemic.  Mrs Kalmapijit, decided that it would be an appropriate date to end elephant rides and the elephant show forever.  And so, on that day, all the chairs used for elephant riding were removed from Maesa Elephant Camp, never to be used again.  As land within the camp area is made available, more elephants can be moved to enjoy their life free from chains.  In the meantime, the majority of the elephants still at Maesa Elephant Camp get to spend their days with their mahouts, foraging for food in the jungle above the camp area.